My Year in Writing: Invisible Strides 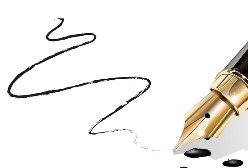 It's the season for annual lists and summaries. Looking at some other authors' "This Year in Writing" posts and threads has me thinking about my own.

The short version is this: If you were looking for Aaron Rath words in 2018, you would have found nothing, unless you want to count a few hundred Twitter posts. But behind the cloak of invisibility, a lot has been going on.

I started the year on the third month of a "quick and dirty" project that was supposed to take six weeks, a novelization of Twilight Heroes, a computer game I used to run. I'd spend another six months not making much progress there before starting to understand I needed to rethink the scope and tone of the book. It's on the shelf now behind some other projects, but I think I've slowly come around to understanding what I need to do to finish it. Late 2019 is likely.

This year I made my first real writer friend, someone to talk to about craft, good books, an accountability partner, and mind-expander. I can't overstate the value of having someone in a similar position and equally obsessed with the hobby to share things with.

Up until this year, everything I had done has been self-published. It seemed like an adventure, and also fewer hoops to jump through, and I'm frequently a do-it-yourself-er. But a combination of exposure to the writing world on Twitter, stories from my writing buddy, and tidbits gleaned from dozens of writing-related podcasts (Book Fight, Writing Excuses, The Drunken Odyssey, Ditch Diggers, I Should Be Writing, How Authors Work, and several more) all nudged me toward considering the traditional route as well.

The final push was a challenge from Barrelhouse, putting out a call for "that one unpublishable thing you really love." I figured, what harm could there be in sending something I knew was unpublishable and having it rejected. So I created a Submittable account, dredged up an unfinished Joycean homage from 1998, figured out how to actually finish the thing and sent it out. My first ever submission to a real publication, more than 30 years after I'd decided I wanted to "be a writer." It was fun and painless, so I sent more.

Naturally, I got my first rejection. Several of them. Because that's how it works. A low success rate is to be expected, and maybe it took me a few decades to come to terms with it--I'm still resistant to fetishizing the rejection process the way many seem to--but it felt normal. But I did write several new short stories.

I also got my first acceptance! A short story sent to a literary journal. I haven't talked about it yet because I'm not sure when I'm supposed to. It seems like mostly that happens on publication, and I'm still waiting for that part. I don't know what to expect there, either, but I'm being patient and hopeful, because it seems like patience is a huge part of the print world.

Most of the summer and fall went to a new project, a novella-length mashup adaptation of The Great American Novel, by William Carlos Williams. That book will be entering the public domain in January, part of the first batch of books in roughly 20 years, since they passed the last copyright extension. I've always wanted to do an adaptation of an old work, and this one grabbed me from the title. It nearly lost me again afterward because the book itself is difficult and experimental, but I found a way to tackle it. I'm deep in revisions now, and also waiting for 2019 when I'm free to make use of Williams's old words. It should be out by spring at the latest.

Finally I've been asked to ghost write the memoir of an old friend. We're about halfway through with that project. It's going well and is on pace for a mid-summer release.

In summary, one and a half books, a literary journal acceptance, a friend, and massive shifts in my world view. All of it invisible on the outside, of course, but it feels like one I'll be pointing back to for decades to come.