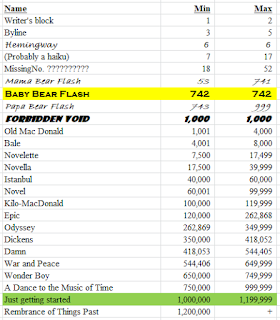 Posted by Quirkz at 7:47 AM No comments:

Email ThisBlogThis!Share to TwitterShare to FacebookShare to Pinterest
Labels: Thoughts

My Inspiration for Writing "The Great American Novel Returns" 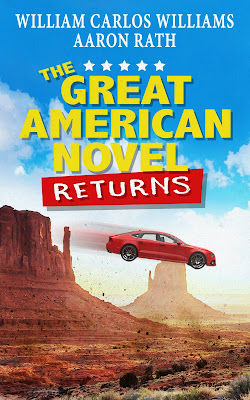 The Great American Novel Returns exists to celebrate the public domain. Art belongs to the world as a part of our shared culture. For practical business reasons we let the creators hold on to their inventions for a time, but it's a temporary monopoly. Eventually all great stories become part of our collective experience and should be free to re-use, adapt, and build upon.

The book is a "mashup," blending an old work with something new. The idea has been around forever. How many myths have been reworked, how many classics retold? Shakespeare, maybe the most-referenced writer from the past, was himself working from stories that were old in his day. But the idea has taken on a life of its own in recent years. Since I first heard about Seth Grahame-Smith's Pride and Prejudice and Zombies I knew I wanted the chance to take an existing work and treat it like a LEGO kit: break it apart and reassemble in a way that featured both old and new.

One problem was I didn't want to tackle the same books everyone else was already tinkering with, so Jane Austen, Shakespeare, Lewis Carroll, and most other writers from before the twentieth century were out. Also, I didn't want to go that far back in time. Weren't there new-old books being freshly put in the public domain? For twenty years—my entire adult life—the answer was no. The last copyright extension, the 1998 "Mickey Mouse Protection Act," created a gap, putting creative access to artistic works on pause for two decades. That ended this year, with a crop of works from 1923 finally entering the public domain in 2019.

Among them was the song "Yes, We Have No Bananas." I couldn't make a book out of that, but I hope for the life of me someone eventually does. Then I found The Great American Novel by William Carlos Williams. I knew little about Williams and nothing about the novel, but I have always loved the half-jesting, half-striving implications of that phrase, and immediately knew that was the one to work with. Williams still inspires many poets, but I think his books, and this one in particular, are mostly forgotten. It deserves to be revisited and recalled as a piece of our history and culture. That is part of what I hope to do by dragging his old words along on a road trip with my new ones.

How did I do it? The final result contains three roughly equal portions:

One third is text from the original The Great American Novel by Williams. The parts quoted represent maybe half of his original work and are presented with only minor modifications.

Another third of the book is a conversation with Williams’s text, adding commentary, playful discussion, and a century’s worth of insight and events.

The remaining third is a straightforward story, a road-trip buddy adventure of a car and a computer who set out together to discover America. This part came about because Williams's original satire had hundreds of scenes and talking points, but basically no over-arching story, and the best way I could conceive to make a satire of a satire was to put a story back in, but one that has machines exploring man-made world.

Now available on Amazon.
Posted by Quirkz at 10:53 AM No comments: